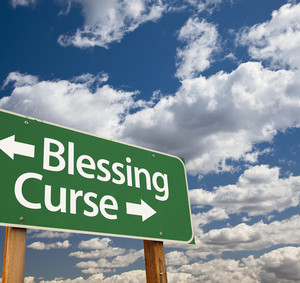 “Death ends a life, not a relationship.” – Robert Benchley

As Dr. Beasley’s illness progressed and our conversations went from “if I die” to “when I die”, he presented me with a folder. As I opened the folder to find a stack of legal papers, he asked if I would promise to carry on his work and keep his legacy alive.

As I teared up he said in a southern drawl, “Darling this is not the time to cry, this is the time to listen” and he then gave me a list of things to do when he was gone. As I read the list and realized it would take me at least three lifetimes to accomplish it, I noticed that the last two things on the list were “Make it yours” and “Don’t change anything” which caused me to burst out laughing and crying at the same time. You see those two things summed up our relationship, I was always trying to “change things” and he was always trying to “keep things the same”.

For example, when twitter came along, I wanted to get him a twitter account which he promptly refused saying, “Darling, birds tweet, people don’t” and when I wanted to set up a blog for him, he said, “Why blog darling, when you can write the book?”.

It was during this dinner that he warned me for the first time that carrying on your mentor’s work and legacy can be both a blessing and a curse. While I understood the blessing part, I asked him about the “curse” which caused him to say with tears in his eyes, “you will see”.

A year after his death, with Peaches his beloved dog dying in my arms, I was finally able to see it clearly for the first time. While in my heart I knew he wanted Peaches cremated, my desire was to have her buried with her canine sister, Hope who passed a few months earlier. When I told Peaches it was ok to go to heaven and be with her daddy she opened her eyes and wagged her tail and that is when it became clear. I would have her cremated to honor Dr. Beasley’s wishes and then bury her later with Hope. While the blessings of carrying on your mentor’s legacy was easy to see, the “curse” was much harder, it was that persistent feeling of, “Am I carrying out his wishes?”.

Since Dr. Beasley’s passing, I have learnt to do both, “Make it mine” and “Don’t change anything”, as I discovered for me it was about merging Dr. Beasley’s dream and wishes with mine. For example, I have returned to school to finish the master’s degree which I put on hold when Dr. Beasley became ill but this time it was in health coaching not a MPH/MBA.

Now as I put the finishing touches on the fourth edition of “Food For Recovery”, I can see that I have truly “made it mine” while not “changing anything”. For example, while I have made the changes that I know in my heart needed to be made, I have not changed one of Chef Susan’s recipes but I did add a few of my own. So in the end I did actually ‘keep it the same” but “made it mine” and now I can say mission accomplished Dr. Beasley.